﻿
What is the "Liebster Blog Award?"
It’s an award that was reputedly started in Germany in order to give smaller bloggers recognition for their hard work. You receive this award from a fellow blogger that feels your blog is both worthy & important to them. If you receive this award, there are two rules.
1. You must award 3-5 other bloggers with the award. In this case, it is five.
2. The bloggers awarded must have less than 300 followers.
Participation is completely voluntary and is not limited to any genre or writing for that matter. Basically, the blog can be about anything and simply has to be one that you feel is worthy and that you would like to give recognition to by passing it on.
This said...
﻿
Imagine my surprise when I received an email from Carole Gill (http://bloodygoodvampires.blogspot.com/) informing me that she had selected my blog as one of her five. Carole is quite an accomplished vamplit writer who I see rubbing elbows with the likes of Anne Rice, Stephenie Meyer, and a host of other well known vamplit writers' at some point in her future. I was honored that she chose Stay Scared, and I would like to thank her for the consideration.

So, now comes the hard part, selecting five blogs to pass it to, or award if you will. This is a rather tough ordeal considering that I follow a number of excellent blogs, and trying to select only five is daunting, but I'll try...


1.  Hammer and Beyond has to be one of my picks considering I absolutely love the Hammer Films. It is where you will find a vast array of everything Hammer, as well as links to associated sites. Simply marvelous…enough said
2. CK Webb and DJ Weaver are both writing and reading machines. Besides constantly interviewing authors’ and chronically reviewing books, they’ve found the time to write their first novel “Cruelty to Innocents: The 911 Abductions. It will be available May 26th. Typically, CK has a monthly piece in Suspense Magazine and DJ is one of Suspense Magazine’s regular reviewers. I have selected their blog Webb Weaver, for it’s outstanding commitment to both reader and writer alike. Thanks and keep up the great work.
3. Dark Wolf Fantasy Reviews is a superb place to get many horror anthology reviews. Considering that I primarily read anthologies, this is one of my favorites.
4. Dan Dillard is the author of the upcoming novel “The Unauthorized Autobiography of Ethan Jacobs,” by Hellfire Publishing, and is probably a writer that I personally lean closer toward considering his horrific macabre bone. He has many books and stories to his credit and I have even featured “My Mind’s Eye” on Stay Scared. Horror is his middle name and I am proud to be associated and award him. Find out more about this sometimes-demented writer at http://www.demonauthor.com.
5. Best Horror Comics is the blog that I would have if I wasn’t writing all the time. It offers wonderful insights to some of the best horror comics known. Be sure to check it out at Best Horror Comics and you may become a fan yourself.

And, there you have it....my top five blogs that I pass forward and offer the Liebster Blog Award.

With Werewolves...Why does it have to be a silver bullet? 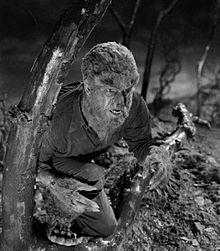 In film and book media, Werewolves, with the exception of “Teen Wolf,” and a few others, are typically and rightly so, portrayed as something viciously horrible. Employing superhuman strength, razor sharp claws and teeth, and an aggressive disposition, they are stealth, fast and can strike without notice. And, their exceptional hear and smell senses ensure that no hiding spot is safe.
Killing these terrible beasts can be most trying. The standard weapons simply don’t apply and since they heal basically instantly, most efforts are in vain. But, all hope is not lost. As with any good versus evil scenario, there is a solution. It is a solution that many werewolf films’ following the most commonly accepted resolution employs in one way or another…the silver bullet. But, it doesn’t answer the question, why does it have to be a silver bullet?
The first reputed werewolf was in 1591 in Bedburg and Cologne, Germany. His name was Peter Stubbe and the legend tells of sorcery, evil pacts, brutal acts, and his eventual execution.
Depending upon location and belief, primarily European originated, there are various ways to become a werewolf. With the aid of modern horror, many are familiar with the most common way, through the bite. But, what are the other less common ways?
The earliest belief was by making a pact with the devil in order to fulfill a desire or craving for human flesh. Supposedly, the devil offered the ability of metamorphosis in exchange for the soul. Being cursed is probably the second most common method. This curse can be either human or God related. However, when it is God related, it is a punishment for invoking their wraith.
In Greek mythology, the werewolf originates when King Lycaon attempts to feed and poison Zeus with human flesh. Zeus isn’t fooled and condemns Lycaon to a life as a wolf, thus, the lycan word origin.
Other ways of infection are by drinking the puddle of rain water lying in a werewolf’s paw print, wearing a wolfskin belt while nude, and sleeping outdoors with the moon directly hitting a person’s face on certain Wednesdays and Fridays.
Is there a cure?
There are three reputed methods for curing werewolfism. Using wolfs bane medicinally, surgical removal (usually killing the person in the process), or by exorcism.
In a 1963 study by Dr. Lee Illis entitled “On Prophyria and the Aetiology of Werewolves,” he argues that the medical condition of Rabies could very well be the actual origin of the werewolf legend since the common historical symptoms are uncannily similar. And, since Rabies is a contagious disease, it could explain why being bitten by the afflicted would infect and create a new werewolf. Other medical conditions have been debated in an attempt to explain also.
Where Hypertrichosis deals primarily with excessive hair growth, Porphyria is much worse. In a nutshell, results are pigment loss of red blood cells and painfully photosensitive. In the later stages, thick hair growth, sores, skin and cartilage change, and accompanying red colored nails and teeth. Usually, varying degrees of mental illness are prevalent in the afflicted.
The silver aspect made its way into the lore in the 19th century when it was reputed that a silver bullet was used to kill the “Beast of Gevaudan.” This was the name given to the red hair, large teeth, and smelly man-eating wolf-like animal that roamed France’s central-south Margeride Mountains between 1764 and 1767. Eventually, the Norse colonizing America brought these beliefs with them. In more recent days, a more creditable explanation of the animal is that of an extinct Hyena.
Silver is reputed to have associations with the human soul as well as the moon. And, it is this certain metal that has been long considered to have mystical properties. These properties act, much like the werewolf’s natural allergy of wolfs bane, and burn from the inside.
Psalm 12:6 addresses this. The words of the Lord are pure words, like silver tried in of earth, purified seven times. This purification and absolute is an aspect that Satan cannot twist since it is pure. And, with a werewolf being reputed to have originally made a pact with the dark Lord in which they would make it impervious to manmade weapons, an absolute purifier needed to be added in the weapon creation, successfully breaking the evil binding tie. Silver is a metallic element that, in its pure form, has both the highest electrical and thermal conductivity of all metals. So, considering the metals physical as well as divine properties, it does seem to be well suited to disposing of a werewolf.
Is simply killing the menacing beast enough?
It is believed that if the werewolf’s head is not separated from the body, they will rise, much like a vampire, to begin the victim hunt again. However, if the head is removed and tossed into a brook, it is thought to sink, and remain under the surface, held down by the weight of its sins.
Why does it take shape only during a full moon?
Leonie Calver, a clinical research toxicology nurse at Calvary Mater Newcastle Hospital in Sydney, Australia has researched this human and full moon phenomenon. In her Medical Journal of Australia documented study, she cites, “our findings support the premise that individuals with violent and acute behavioral disturbances are more likely to present to the emergency department during the full moon.”
There is a theory that may lend some credence to the full moon conception. The moon controls the tide through lunar gravitational pull, and since the human brain is primarily made up of water, the full moon may have an adverse effect on this water too. Additionally, this may cause ill feelings to come forth and surface, creating the transformation much like the proverbial lunatic, a moon or lunar associated word.
Which reminds me…
Why do they call it the Witching Hour?
Posted by Thomas Scopel at 2:42 AM 1 comment:

What's So Special About A Wooden Stake Anyway? 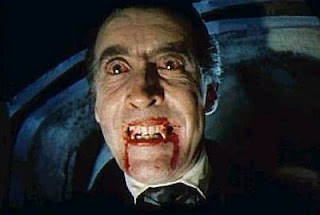 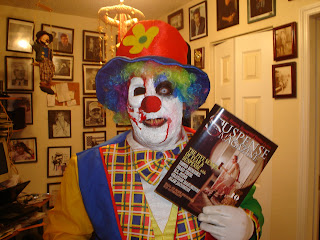 My palm itched and the old monetary adage crossed my mind while I scratched at it deeply. A crooked smile crossed; being glad it was within a centralized reach today; avoiding the various dried bloody scrapes and welts located elsewhere. Not looking; hoping to keep my chronic disgust at bay, it is too late. The thought has already surpassed the attempted mental barrier and grips tightly. Digging harder, surface blood flows, forcing flaky bits of red tainted flesh underneath my longer than usual fingernails. But, they’re not long enough and the itch dives deeper, fades from my palm, into my wrist, and begins striking up my arm. My scratching unconsciously chases and I feel unclean. The worm is moving again…
Posted by Thomas Scopel at 7:56 AM No comments: