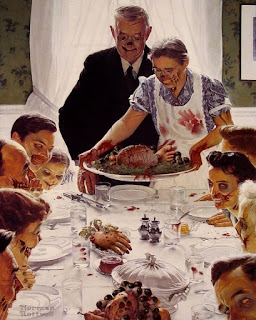 Hiya Creeps, like I’ve said before, I don’t always write horror and this is one of those times. OMG! What's wrong with me? Heh Heh Of course I had to toss in a little.

Currently I'm deep into editing chapter 9 of A Lawnly Existence, at 23k words and on page 77. Of course I'll take a break to occasionally blog, work on my (or should I say Wee Willie Wicked's) Land of Shadow and Substance column at Horror News Net, and create yet another Interview With a Monster piece for Suspense Magazine. But, for the largest part, I'm concentrating hard, excited to finally see ALE published. Unlike TWITCH, which in hindsight could have been considerably better and that I now view as more of a learning process, ALE, while still horror, is a different direction, concentrating more on emotion and the characters as opposed to simply the storyline. Coincidently, I have entertained thoughts of revisiting my deformed sideshow attraction and telling his complete chronological tale a different way too. But for now, A Lawnly Existence is a priority on my chronically overloaded plate.

Regardless, here is a humorous look at how electronics has invaded the sanctity of the family dinner table.
﻿
Opening up the bedroom door and sticking my head in I ask, “Did you do your homework? It's almost time for dinner.”

Michael, sitting cross-legged on the carpet floor in front of the television with his latest video game, whipping through rooms and around corners and taking out monsters coming from all directions, faster than it took the allowance to leave his hands replies without looking up, “but, Daaaaaad, I'm on level 24. I can't quit nowwwwwww.”

I watch for a moment as some creature’s head explodes into a mass of green jelly. While I can appreciate and even enjoy the scene, I’m still constantly reminded that being the head of the family has its responsibilities. “You should be doing your homework instead. Pause it, come to dinner and then hit the books first. And please, don’t make me ask you again”.

His blur of controller fingers hit the pause button. “Alright dad.” A last look at the frozen screen showed a hairy, large teethed beast that appeared to be some genetic cross between an animal, a dinosaur and an insect. It had leaped from the ceiling straight toward him, arms sprawled and claws prepped. I couldn’t help but wonder how on Earth, or in this case the galaxy, he was going to succeed in battling off the beast when he finally did resume playing.

He carelessly tossed the controller down and it landed partway on and partway off the side of his yet unopened math textbook. I closed the door hoping that it would mysteriously fall completely off, giving him an unobstructed and reminding view of the book.

Walking away from his room, I pass another door having a college of furry stickers and a sign that says Girls Rule. Reaching out and nearly grabbing the doorknob, fear invades, sending a shiver cascading down my spine. I thank it for the reminder and immediately pull back, obviously having temporarily forgotten about the last time I opened that door and received a tongue-lashing that would rival a high school football coach during a losing halftime locker room rant. I wiped away the tiny beads of sweat from my forehead and continued on down the hall wondering if a solution would be to make an advanced appointment.

At the next door, covered with posters and meticulously cut out pictures from a teen magazine, I call out, “Dinner’s almost ready!”

The reply, a lovely and kind soft voice, is almost instantaneous. “Okay dad. Be there as soon as I finish downloading this song.”

Lingering for a moment, I listen and hope for a voice to come from behind the prior door, but there is none. I continue on, down the stairwell and back toward the kitchen.

Entering the room, another scare fills me as I look for, but initially can’t find my cellphone. However, it is short lived when I recall having left it on the table beside the front door.

Clutching it, the beads of sweat erupt again as I struggle to issue a text to the person behind that furry door, my oldest daughter, who, at seventeen, just happens to be thinking she’s twenty-five. Before punching one single letter, I wonder whether she is in the midst of trying on clothes, playing with new makeup colors, reading the latest teen vampire novel, social networking, talking to a girlfriend or any number of other things that I can’t keep up with. Nonetheless, obviously I’m mistaken at my conception of distance. For somewhere along the way thirty or forty feet turned into thousands of miles and now the only guaranteed sure way to get in touch with her is through a text. And, I find it incredibly amazing that she can’t seem to hear me calling to her at the top of my lungs from the opposite side of the door, but she will hear that barely audible faint little beep that emits when a text message comes into her phone…even from the next county.

And so, saving my voice, I let my electronically intimidated and shaking fingers do the walking through a minimum three minute ordeal of finding letters, correcting a fat finger mistake, and finally sending dinner’s ready. Of course, I will receive a gibberish abbreviated answer mere seconds later, probably even before I have the opportunity to set the phone back down. I will not understand it, but can adequately assume that she will join us.

Peering over the cluttered nook bar into the living room, I tell my littlest, lying in front of the television on her belly with head propped up on elbow reinforced palms, that dinner is almost ready.

“No. It's a repeat anyway,” I retort after a quick glance at the television verifies this.

While I could employ parental powers and simply force them all to come to dinner at the given time, this would most certainly cause the conversation to harbor vehemence, the only consolation being that it would be limited to the times that their mouths were not full of food.

And then there were the times when I would have to go through the whole routine again, while the food sat cooling on the nicely set table. This would usually be on either a Friday or Saturday, when the children had other plans that I wasn’t privy to. In those times, with a light chuckle, I often fantasized about using the only true and assured way to get them to immediately come running, usually with loud accompanying voices; shutting the entire home’s electricity completely off. However, if I went that far and actually acted upon it, besides being looked at as an ogre and ingesting a tremendous amount of wraith since saved games and picture uploads and music downloads would be lost, I would then need someone under the age of fifteen to reset all the electronics.

But, I still secretly enjoy the thought.

Usually, such radical reaches wouldn’t be needed and they would trickle, one by one to the dinner table and their pre-assigned seats. Now a completely and whole new set of conflicts would have to be dealt with beginning with “what’s this?” and “I don’t like that.” It may even progress to “I’m not eating much cause I’m dieting,” and this usually meant that a new boy had just begun to attend the elder’s school. This didn’t happen all the time and eventually the next situation would arise…the overall general dinner discussion.

This, no matter how hard I tried, never seemed to change. The normal conversations didn’t apply, usually consisting of only one single word blurted out. Most times that word was “mmmha,” which, to begin with, isn’t even a word in the dictionary, yet was completely understood by everyone at the table…except me.

However, I gradually began to deal with this limited conversation and even began to understand some of what the child was actually saying and meant. But, then there was the other constant, a single thing that would, almost like a miracle, stop them dead in their tracks…that faint little sound of the incoming text message.

Yes, every single night when that sound would bellow, a deathly silence would impale and each child, with the exception of the youngest who had yet to be the proud owner of a cell phone, would, almost in unison, drop their forks and reach for their cell phones that were meticulously hidden from view. One of the children would, with the speed of a cobra, begin to type a return note and the others would continue on… at least until the next one would chime in.

I’ve since began treating it as my very own little personal electronic game and try to pick which phone went off before actually knowing. Believe me, two or three seconds is not much time.

Suddenly, dinner would be over and each child would dash off still chewing, back to the electronic gizmos and gadgets and I would be alone with the mess. Patiently and alone, I finish my meal and wish for the slower times, when electronics did not rule. But, those days are long over and it is no use crying over spilt milk. My only other option is to join them in this electronic craze. Otherwise, with the exception of the meager daily passing on our way to the rat race, time would be lost. For other than the child’s birth, there appears to be only two other times in which I can command and receive their full attention. The first would be during the few short years directly before understanding the television remote control, and the second would be when the post teenage child would exit their bedroom, just in time to leave the home entirely…with my wallet in tow.

While I’m now positive those middle years are certain to be lost to posterity, I will not go gentle into that good night and will tackle this dilemma with vim and vigor, before it is too late.

But, I’ll begin that undertaking tomorrow, since tonight is their favorite television show and I’ll have another opportunity to be with them when we all sit and watch it together. And, since is the case, I won’t have to search for the remote control because, after all, every child has that special built-in television remote control finder…at least when they’re shows are coming on.