When bigger rats join the race, you eat them. Right? 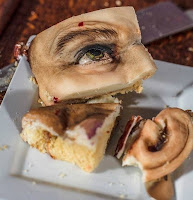 Hello ghouls and things that go bump in the night It's been a rather hectic week filled with all sorts of gristle and bloody flesh and yours truly wouldn't have it any other way.  Here's a recap... 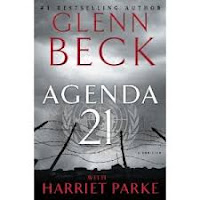 ﻿On Saturday, besides Willie reviewing Byzantium for Horror News Net, I was informed that my review of the Glenn Beck and Harriet Parke novel Agenda 21 will be included in an upcoming issue of Suspense Magazine.

Coincidentally, this month's issue includes my Interview with a Monster - The Salem Witch File and my annual Halloween tale Trick or Treat may very well grace it’s pages too. I'll keep you abreast.

﻿Sunday I submitted the 25th weekly piece for my Land of Shadow and Substance column at Horror News Net (look for or read other reviews here) and was interviewed by the wonderful gals at Webb Weaver Books for their Blogtalk radio show. By the way, they too are writers and their psychological thrillers Cruelty To Innocents & Collecting Innocents are available. For the third of the series, Avenging Innocents, they are having a competition where the winning character gets killed first. For more information visit here.

Monday I was scanning through my Facebook messages and wouldn’t you know, there was a message from Joops Fragale (The director of the critically acclaimed short film The Guy Knows Everything from 386films.com) cordially inviting me to the 2013 Orlando Film Festival. Of course I’m going﻿...

And that led to Tuesday

﻿which saw me chatting with John Coffey, one of the stars of TGKE. After confirming with director Thomas L. Phillips, it appears that I’ll be reviewing yet another award winning indie flick he is in. This one is from Tstreetfilms and called Quite A Conundrum.

I also spoke with Jeremiah Baumbach at Relishthefear.com about reviewing his HorrorscapeS party DVD, a collection of shocking and fear filled horror scenes. Great for any boo bash, a screener is on the way and watch for the review right here on Staying Scared.

On Wednesday I received a photo from Kyra Schon signed “They’re coming to get you Thomas.” Kyra was the little girl who used a pointed concrete trowel to gruesomely stab her mother to death in Romero’s classic Night of the Living Dead. It’s now hanging on my wall and one of my prized possessions.

Thursday evening I sent an email to Tom Savini, the Romero protégé, FX master of the macabre and director of the 1990 version of Night of the Living Dead. He is gearing up to make another zombie flick called Tom Savini’s Death Island and is seeking fans’ help in financing in order to keep creative control. If all we dead fans contribute just a little each, you know, maybe a finger or a toe, all this green flesh is certain to add up and afford him the opportunity to give us what is certain to be a gruesome fearfest.
Did I mention that he’s willing to give away some neat stuff too?
find out more here
He’s currently scouting locations around Florida and since I happen to live here, I boldly requested playing a zombie part. Far cry from a clown I know…but I’ll bet the flesh tastes the same.

Of course, besides all this, I wrote and submitted the next Land of Shadow & Substance piece, worked on chapter 20 of my novel, put some final touches on two more tales and Willie got his foamy red nose caught in the pages of the new issue of Dark Discoveries.

And so, here we are at the small hours of Friday morning’s Staying Scared posting. While it’s far too early to tell what the next week will bring, I'm hoping it will be hideously similar.
Be sure to occasionally lurk by Staying Scared for upcoming reviews, news and the occasional tale and maybe even bookmark to get your horror on.

Until next week Ghouls, Goblins and Creepy Things,
Stay Scared,
Thomas
Posted by Thomas Scopel at 6:17 AM