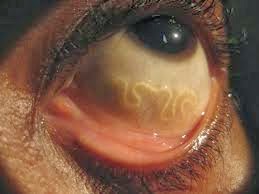 I write every single day. However, not everything written is salvageable. Oh, at the time the idea seems good enough, but upon revisit it is more than obvious that it wasn’t and therefore, the words become nothing more than a hard drive space taker.
But sometimes, and this is more often than not, those ideas grow and transform into something more and it is those pieces that make it all worthwhile. Although, there is a dark side, which usually manifests into my being unable to concentrate on anything else until the piece is completed. Considering my work schedule constraining writing limitations, this typically causes pieces to take longer to finish and thus, creates limited output.
Regardless, there is no denying that constant compulsion (believe me, I’ve tried) and I simply go with it and rewrite, rewrite, rewrite. Only when the piece is done and submitted am I able to move forward and focus on the next project. I refer to this vicious circle as the worms crawling in and out. Sometimes this is a little discouraging since my output is nil, but then again, as long as the writing continues, that’s all that really matters.

Divergent comes out this week and while there is no doubt I will see it at some point, the film hasn’t generated the internal fire The Hunger Games had. The latter trilogy I had read at a feverous pace and became an immediate fan. Divergent hasn’t gripped the same way and while I have no doubt the tale is enticing enough, the excitement just isn’t there.

In The Returned, the world has survived a zombie outbreak by finding a virus controlling “return protein” medication and zombies now live among. However, feeling like a pariah, many of the afflicted hide their dark secret from the general public for fear of retaliation. As long as the daily injection is maintained, transforming into a raving, flesh craving lunatic can be avoided. However, this medication, derived from the spinal fluid of those infected and transformed, does not cure and only keeps the virus at bay…and supplies are beginning to run dangerously low.

Haunted by a gloomy past, Kate (Emily Hampshire), a doctor specializing in “returned” cases is in love with Alex (Kris Holden-Ried), an afflicted musician who teaches at a renowned school. Through shady dealings with hospital pharmacist Eve (Melina Matthews), Kate is able to maintain ample supply to keep Alex normal. But, the threat of running out has become very real.
Over dinner, Alex confesses how he contracted to best friend Jacob (Shawn Doyle) and bestselling author wife Amber (Claudia Bassols). Obviously shocked, both are understanding and even appear to compassionately embrace their dear friend’s condition. But, all is not as it seems.

The military makes ready for ultimate control of the chaos starting to fill the streets and this is when the movie begins to move at breakneck speed; following Kate, scrambling to find enough doses and Alex trying to avoid the authorities.

Will they survive and/or will a solution be found in time?

For those seeking a gruesome Romero-type zombie flick, this is not the one. However, if you seek a thrilling zombie flick with a premise never told before (think Outbreak with the compassion of a vague and considerably less gory 28 Days Later) this is it. Minimal on gore, well directed by Manuel Carballo and written by Hatem Khraiche, The Returned is basically a dark love story that avoids mushiness, choosing instead to depict original and often suspenseful plot lines that will keep the viewer on the edge of their seat and pondering all the way to the satisfying end.

In basically a rip off of Stephen King’s The Long Walk premise, The Human Race is literally that, a foot race where stepping on the grass, not following the arrows and getting lapped twice will cost the ultimate price.

Beginning with the back stories of five people (one of which had quickly established viewer compassion, but for some reason was immediately killed off), the tale hones in and surrounds the remaining four in their lackluster quest to survive.

While not too terribly bad and certainly not the worst horror movie ever, The Human Race is neither innovative nor original (the exploding heads we’ve all have seen before in Scanners), and the ending, while enticing and having potential for impact, was far too abrupt, nearly predictable and oddly sporting.

Regardless, let’s give credit where credit is due. For an indie flick, my complements go out to writer / director Paul Hough; the attempt was commendable and we’ll probably see better from him in the future. However, the jerky and fast camera shots compiled with bland and often confusing dialogue from characters the audience never fully gets to grasp makes the overall experience a letdown. On a more positive note, don’t be surprised in a desire to watch the opening credits, the design is quite compelling.

While the interesting enough premise was there, the movie lacks feeling and leaves the viewer wanting more and therefore, Staying Scared is giving it 1.5 creepy peeking clowns.

Now, let's talk The Walking Dead...With 2 weeks left, fans can most likely expect at least two jaw dropping moments (one this week and one in the season's final episode). This fan is wondering whether Bob's injury is actually infected and how the series is going to utilize the kidnapping and subsequent cannibalism from the comic series. Beth was the kidnapped one, but it's rather obvious that the television series is tweaking the storyline to great success. Just look at last week with sister killing sister. In the comic series this occurred with twin brothers and as the gang debated whether the killer needed put down, an unfazed Carl took care of business. Carol took Carl's stance in the TV series and both were tremendous similar events. Well played in this fan's opinion. Thanks WD writers for keeping us on our toes and wondering.

By the way, yours truly added to the horror collection this week. Meet Dolly...
&

Nighty Nightmare is a regular contributor to Staying Scared dot com and this time she has invited some author friends from the Chupa Cabra House Temporary Skeletons anthology. Click Here to creep by and see what they have to say.

Next time we'll review an issue of Shroud Magazine

So fellow Creepsters and Ghouls, until next time...
Stay Scared,
Thomas

Posted by Thomas Scopel at 3:58 PM