Well Creeps, I just happened to be off from work today and besides writing on my novel Future Past, I thought I'd blog too. This is my second blogging this week, so if you would like to see the first, click here.

Weary Willie, at one time, and maybe still is in certain circles, was or is the world’s most famous clown. Unlike Stephen King’s It, Willie was not an evil or wicked clown, nor did his make-up even remotely resemble so. On the contrary, this specific clown whole-heartily appealed primarily to one’s compassion and sympathy.
But, in an uncanny course of events, a dark side associated with this clown character emerged, and although the players had changed during the second and third incarnations, that dark side remained, increasingly becoming worse with each subsequent actor.
Willie number one was conceived in 1931. However, stardom didn’t reap its rewards until 1942, when he joined a world-renowned circus and became a major attraction, even starring in various films, the most well known being Cecil B. DeMille’s The Greatest Show on Earth.
But, the dark side started to emerge and his wife sought divorce, citing that the character had taken over her husband and that his personality changed into that of the character. He died of a heart attack in 1979 at the ripe old age of 80.
The second person, the creator’s son, took on the character and increased the stardom that the first Willie had obtained, but didn’t appear in any films. However, as with the creator, his personality too was taken over and he died in 2006 from pneumonia. He was 83.
It was then that the third incarnation of Willie occurred with the grandson of the original, and it was then that the dark side became much more storied and considerably worse.
Estranged and having previously lost a leg in a horrible train accident prior to taking on the character, he eventually resorted to continuing the legacy, even changing his name from Paul to that of his grandfather and adding a III (the third). When he did, promiscuity and drugs followed closely, leading to despair and the eventual confessing to murdering two gay partners.
The year was 1978 (the same year that John Wayne Gacy, another reputed clown, committed his last murder) and this third incarnation of Willie was believed to have also taken over the person’s personality, which became clear after making an outrageous claim that Willie had been his accomplice. He was eventually diagnosed with multiple personality disorder.
So…who was the first Weary Willie?
Emmett Kelly

Check out the story here Ever wonder where folks are buried﻿?
Find A Grave can tell you 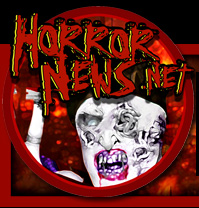 Horrifyingly psyched to start reviewing films for Horror News dot net. Here's a link to my first review. It's for Rogue River.

The Daily Death – How I Killed My Co-Workers In 30 Days was reviewed a couple of times. The first was by Dan L. Elster, posted on TDD Amazon page (read it here), and he says it’s Like Greeting Cards…From Hell. Sounds good to me…heh heh.
The second was by Sheri White for The Horror Fiction Review. In it, she referred to yours truly as a “twisted Rod Serling.” Considering that I am a major fan of both Twilight Zone and Night Gallery, I couldn’t ask for a better compliment. Read the complete review here.
﻿
﻿ 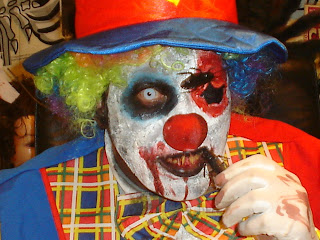 Well, I think I'll have a snack. Have a gruesome week ghouls!
Thomas